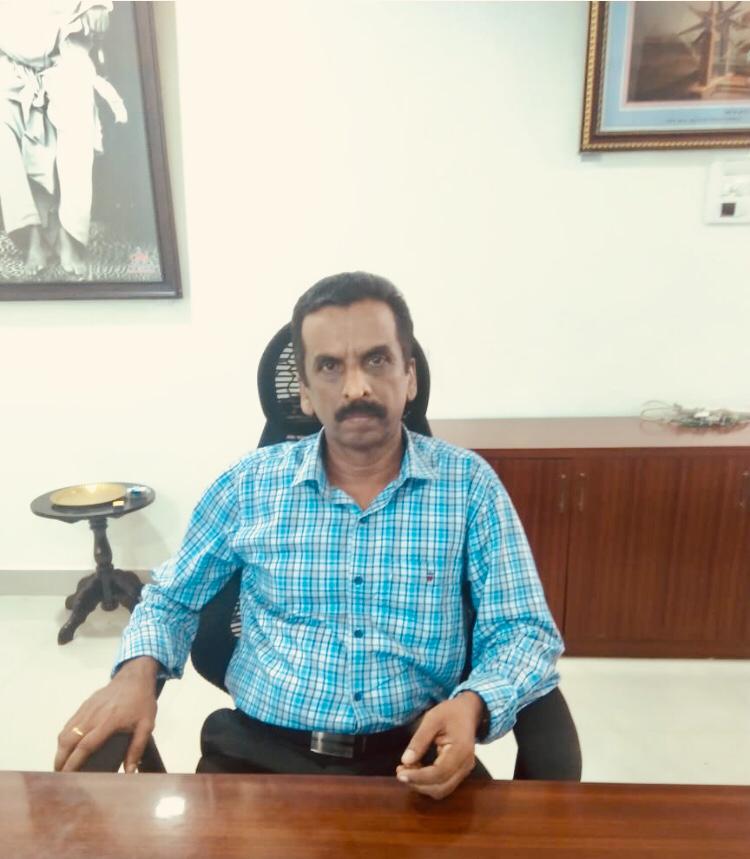 Our Principal, holds two postgraduate degrees,- M.A. in Political Science and M.A. in Public Administration and Ph.D. in Political Science from University of Kerala. Dr.Jayasenan has made his mark as a pro-active leader, able administrator,a committed and inspiring teacher and an academician of the highest order with a well-defined work ethic for himself and his staff. He had put in 20 years of teaching at the UG and PG levels before being promoted Principal in 2010. He served as Principal of S.N. College, Chengannoor, S.N. College, Alathur, S.N. College for Women, Kollam, S.N. College Varkala and S.N. College Punalur between 2010 and 2017. On retirement, he worked as Principal of University Institute of Technology, Paravur for two years. He joined Dr.Palpu College of Arts and Science as Principal in March 2020. Dr.Jayasenan has left his mark on various fields as an academician. He was an approved research guide in Political seminar under the University of Kerala. He was the Principal Invigilator of a UGC sponsored Minor Research Project. He has published research papers in publications by the Public Relations Department of Kerala Govt. and also in refereed journals. He has presented papers in UGC Sponsored /national/international seminars. He has co-ordinated many workshops related to NAAC and IQAC in the capacity as Principal of S.N. College, Varkala He served a term as Senate Member, Kerala University. He was a member of the Advisory Committee of Academic Staff College, Kerala University During his teaching tenure he officiated as NAAC & IQAC Coordinator, NCC Caretaker Officer, NSS Programme Officer etc. He attended various NAAC Workshops and made valuable contributions. Dr.G. Jayasenan is an academician of the highest order, an able administrator and a proactive leader. The college is sure to scale great heights under the leadership of Dr. G .Jayasenan